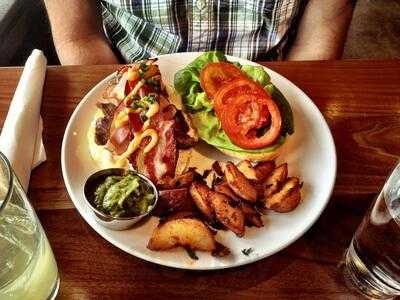 The menu of El Camino's suggested by Sluurpy users

Aaron Wilson
+5
Great food..great service..let me in for a drink before they were open..thanks for a great afternoon!!

Donna Lorimer
+5
Love the food the atmosphere got to get there early or be prepared to wait...always a great time!

Erika Golem
+4
Mount Pleasant is probably the most hip part of town, so of course that’s where you’ll find a hip Latin American street food joint called El Camino's. They were featured on season 2 of You Gotta Eat Here! and were named as the #1 Best South American 2017 in Westender’s Best of the City Dining issue.We visited on a Friday night and it’s good to note that they don’t take reservations. You’ll know that you’re in the right place when you see their logo, which is, of course of an El Camino. It can be a busy and happening place, so if you don’t want to wait getting there early might be useful. The vibe of the room is very cool, with cinder block walls and spray painted lettering across them. The lights are dim and the bar is busy. We were seated at a booth and began to peruse their clipboard menu. We were also given a bowl of lime-seasoned popcorn to munch on as we did so, which always scores incredibly high in my book! Who isn’t happy when they see that popcorn is coming their way?But first, I excitedly noticed their special drink feature on the chalkboard near the front: Hot Buttered Rum ($10.00). My all-time favourite cold weather beverage! I asked for one of those. This was absolutely perfect and exactly the way that I like it, cinnamon stick and all! Hot, sweet, and butterscotchy, it’s the perfect thing to enjoy on a cold day. It’s like a comforting hug in beverage form. Maybe not the most Latin American of choices like all of their fun margaritas, but I didn’t care.I like that they specify that their food has been crafted to be enjoyed as is. They do not allow any substitutions, which is a policy that I can appreciate. We began with a sharing dish, and while several sounded very good (Atun, Pao de Queijo) we went with the Bolinho de Bacalao (Four salt cod croquettes with dill lime yoghurt aioli, dressed cabbage - $12.00). These were nice. The salt cod was prepared very well and was fried to a crispy perfection. Inside each golden orb, the fish was flavourful and delicious. I liked the aioli a lot and it acted as a great cooling dip. The dill matched the cod very well. The cabbage was supposedly “dressed,” but I couldn’t discern any type of dressing. That being said, I enjoyed the crunchy cabbage strands because they tasted very fresh. The cabbage tasted great in the dill lime aioli as well.For my main dish, I decided to order an Arepa; a grilled & stuffed corn pocket, garnished with cilantro & onion, served with house salsas. I chose the Gambas (Prawns sautéed with coconut & chipotle, cabbage - $8.00) from the seven types available. While this was supposed to be served with housemade salsas, and the menu lists six different salsa types, we were never offered any of these. There was one bottle of housemade hot sauce on our table and that was it. I added cheese to my arepa for $1. I also got a side dish of Mexican Corn ($5.00) expecting that it would be Elote (Mexican corn on the cob), but it was not. So a few disappointments there. The arepa was very good though, packed full of delicious goodness. I especially loved the plump and juicy shrimp which were super flavourful. Spicy and sweet from the chipolte and coconut, such a wonderful combo. The corn pocket itself was very toothsome and provided a great texture. The cheese was the right choice.While the corn wasn’t exactly what I had hoped for, it was actually very tasty. It was super juicy and there were other vegetables and even some cheese mixed in. I was pleasantly surprised with this.We had to have dessert because they serve one of our favourites! Pastel de Tres Leches (Spongecake drenched with three milks, maple chantilly, dulce de leche, crushed pecan praline - $8.00). This was an excellent version of this delicious cake!! So creamy and soft and amazing! Tres Leches is kind of like a South American version of an Italian tiramisu, except I think that it’s the better of the two. The pecans were extra good. The whole thing was incredible and you should order it. Order it now.Overall, the food at El Camino’s was very good, albeit a bit expensive for what you get (isn’t street food supposed to be cheap?). Their flavours are expertly created and if you want great South American food this is a solid bet. They also offer weekend brunch, which sounds like something worth going to try.
Dec 22, 2017 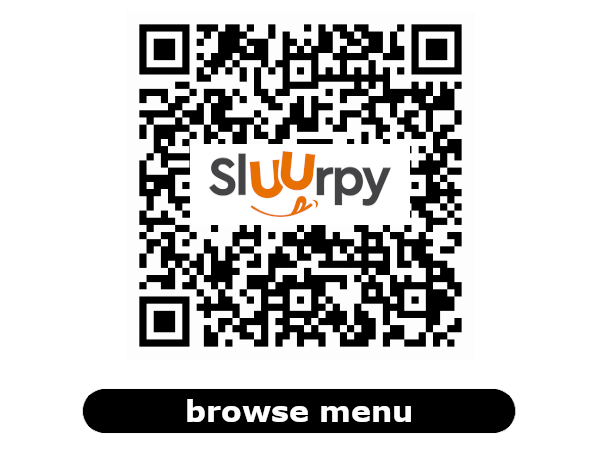 Our aggregate rating, “Sluurpometro”, is 83 based on 553 parameters and reviews