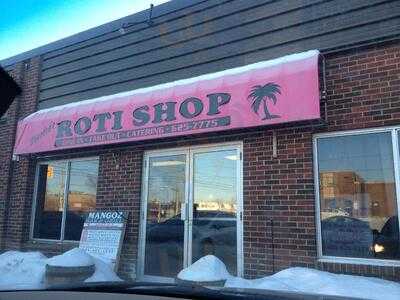 Find the best restaurant in Mississauga

Miyaka K
+4
​Lunch was an unconventional choice of Caribbean cuisine, located in an industrial strip by Eglinton and Dixie.Parking was extremely minimal, with peak lunch hour volumes further worsening the challenge. The credit card-abstaining restaurant was an apparent neighbourhood favourite, which meant that securing a table was unlikely unless arrival was declared before the rush.Chicken Roti Wraps - made mild since the house hot sauce is comburent beyond comprehension - were the default order of the party. And while I hadn't personally requested a platter, a portion was generously offered to me for the purpose of experimentation.Trying roti was a first for me: the combination of potates, tender chicken, and, presumably, finely crushed chickpeas wasn't half bad. In spite of the gradually accumulating heat and oddly thick wrapper, the dish offered a sense of (cumin-laced) comfort.
8 months ago

KIM WIN
+3.5
Very long waits just know this. Their plantain for 2.50 is totally worth every penny and they give you a good amount also. It's very delicious. The rice and beans by itself is ok. The coleslaw is pretty good and normally I despise the vinegar based ones but this one changed my mind. If the rice doesn't have sauce its kind of bland but also has this kick to it I can't put my finger on it. Wasn't delicious though but edible. The potato and Channa roti was alright, pretty good. That's all I tried since I'm vegetarian :-)
Jul 01, 2016

Our aggregate rating, “Sluurpometro”, is 85 based on 292 parameters and reviews